Nox Player is one such Android emulator of reputable stature. Below is a step by step tutorial on using Nox Player for installing Ludo STAR : 2017 (New) in your PC. Follow the steps below:

Childhood in a desi household for sure includes board games and cards and what not? As a child my favorite game used to be Ludo. It is board game where on a board, four colored squares are drawn which shows four teams. Each team has four tokens. You roll a dice and the number on the dice shows how many blocks you have to walk. First team with all the tokens in the house wins.  But this was a board game, what became even more fun and took internet by storm was Ludo Star-the same game in application which you can play and compete with your friends.

Ludo Star 2017 is the application game of board game Ludo. It offers three game modes. You can either play with people round the world or with your own friends via Facebook. All you have to do is collect as many stars as you can and be the Star of Ludo. Every time you win, it adds additional coins in your profile. Every 24 hours, it shows free spinning wheel from which you can earn up to 500k coins.

There are three game modes in Ludo Star. You can either play classic game where all four tokens have to be taken to home in order to win. Second more is quick game where only one token to be placed at home to make a win. Third is the Master mode where you can make wall tokens to block your opponents moves. This is the real game.

This app comes with many features. It has chat tab where you can chat with players while the game is on. This makes it even more interesting.

Chat with other player and send then emoticons inside the game ludo STAR : 2017 (New). It makes this game even more entertaining. Ludo game needs strategy. There are four players with four token each in their yard. Every player rolls dice one by one and walks the number of blocks as on the number on dice. At the very start, to bring token out of the yard 6 on the dice is a must. Once you get 6 on dice. You can bring your token out of the yard and start the race. Every time you get a 6, you can either walk already out token or bring out another from the yard. After rolling a six, you get a bonus turn to roll the dice again. After three 6s, your turn gets cancelled.

Play this awesome game of Royal, Ludo Star, Queens and Kings. You will never leave it. 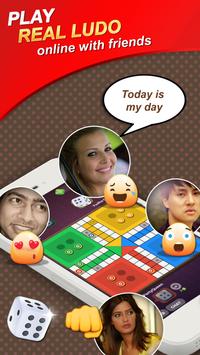 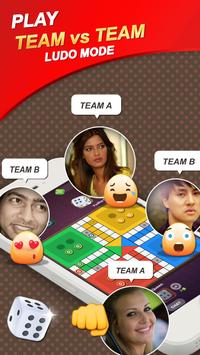 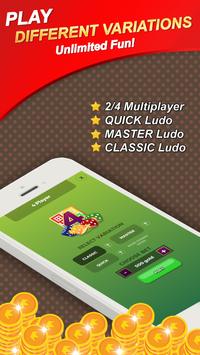 You can download Ludo STAR : 2017 (New) APK downloadable file in your PC to install it on your PC Android emulator later. Below is the download link: