Xiaomi is throwing such amazing feature-rich Android smartphones in the mobile market these days. People are loving Xiaomi more than Oppo just because it has Xiaomi PC suite that helps its users to easily connect Xiaomi to PC. With the PC suite, smartphone users can copy/move data like files, contacts, gallery, videos between PC and mobile.

You can also download Xiaomi USB drivers and install them on your PC in case if you don’t want to install Xiaomi PC suite. However, I will only vote Xiaomi when it comes to smartphone features. I was browsing xda-developers Android forum and I jumped into Xiaomi firmware updater 4.5 that made me thinking, how cool are developers of Xiaomi.

In this article, I’m going to show you how you can update your Xiaomi Android device’s firmware. That’s cool because many of Android smartphone companies won’t understand it but Xiaomi gives its 100% when it comes to satisfying its users.

That’s right, you can now update the firmware of your Xiaomi device by yourself. No more flashing firmware from the mobile market. Install Xiaomi firmware updater 4.5 (latest version available) on your PC and start flashing new firmware file on your smartphone.

Note: Flashing firmware will definitely void your smartphone’s warranty so…

Think a hundred times before you take a decision but once the decision is made stand by it as a man (Quote from Quaid-e-Azam Mohammad Ali Jinnah great leader).

How to Update Xiaomi Firmware

The download link is provided at the end of the article which is a simple shell script. It helps you to generate Xiaomi firmware flashable zip files automatically for every MIUI new update. This script automatically downloads MIUI official stock ROMs, both developer and stable, Global and China.

When you run the script it downloads the official ROM and extracts the firmware-update folder, which generates firmware flashable zip with auto-written “updater-script”.

These operations will be uploaded automatically on two servers 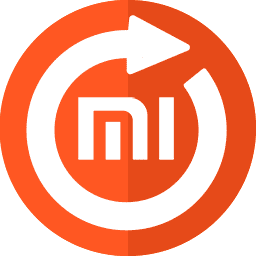 These files contain the complete “firmware-update” folder, means it needs your bootloader (Another way if your device have OEM unlock option) to be unlocked OFFICIALLY, so if you unlocked it unofficially you have to remove “emmc_appsboot.mbn” and “non-hlos.bin” and you’ll be okay.