VPN is one of the best ways to protect your privacy and security when browsing the internet. Why you should use VPN because when you use the internet at your home or using any public WiFi hotspot while traveling, you can lose your personal information from your Android device because there are many hacking tools available on the internet that people can use to get information from your Android smartphone/tablet. So, never browse the internet while traveling except when you do have a good VPN Android app installed on your device. 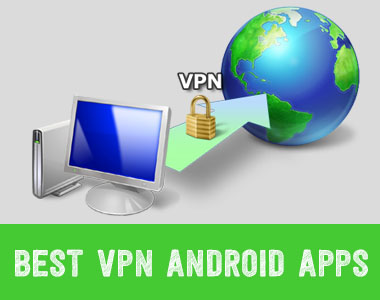 Hola Free VPN allows you to access previously blocked websites, apps, and content. It helps you to speed up your WiFi connection & keep your activities safe, secure and private. With Hola Free VPN you can enjoy unlimited Free VPN. This app allows you to unblock applications and websites from all around the world, mask your IP address to browse the web privately & anonymously and the best part is 100% Free. You can switch countries with ease.

Hotspot Shield VPN Android app offers free WiFi security, internet & online privacy, you can access blocked content & apps such as Facebook, BBC, Netflix, Hulu, YouTube, and Skype. With Hotspot Shield VPN Proxy, WiFi Android app you can access media, video and messaging apps from around the world even those which are blocked in your region or country. You can unblock social networks, keep your mobile activities safe & private.

Hideman VPN is an easy solution for privacy and protection via VPN. Simply, connect to VPN in one click with Hideman VPN widget. If you use hideman VPN you can easily hide your IP address and nobody will know where are you from. You will be able to protect your internet data with strong 256-bit encryption. So, enjoying surfing any website which blocked in your area without any limitations.

SpeedVPN is the best free VPN client that helps you to unblock any website, app or content on your Android smartphone/tablet with one-click to connect, multi locations to select. Simply using SpeedVPN to unblock geographically restricted websites including Google, Facebook, Twitter, and YouTube. Switch between multi locations to connect including France, Canada and the United States with fast browsing speed.

SuperVPN Free VPN Client is yet another VPN that helps you to protect privacy and keep you safe from 3rd party tracking. Just install and start unblocking geographically restricted websites like Facebook, Twitter, YouTube, Skype, etc. No registration and no Android rooting is required to take advantage of using this app.

Hideninja VPN for Android encrypts all in and out traffic on your device and gets you WiFi security, privacy protection and access to blocked websites & apps such as YouTube, Facebook, Netflix, BBC, Skype and Google.

SecureLine is a VPN client that protects you from internet thieves by using a virtual encryption shield ‘tunnel’. With IPsec technology to secure your public/open WiFi connections. Once secured, your communications are impossible for any intruder to spy on.

HideMyAss! Pro VPN Android app is one of the best proxy + VPN service provider. HideMyAss auth to protect you from hackers looking to steal your identity and data snoopers invading your privacy.