If you are reading this article, then you might have been robbed by Servint who promised you to give you the same server shifted towards LeaseWeb. Since, Servint is completely acquired by Leaseweb web hosting company on December 31, 2018. New billing invoices will be paid on the new LeaseWeb customer portal. But somehow, Servint couldn’t keep that promise.

You know why? Leaseweb is one of the bad hosting companies on the web right now. They literally have 3 rating out of 10 on all hosting review websites online. 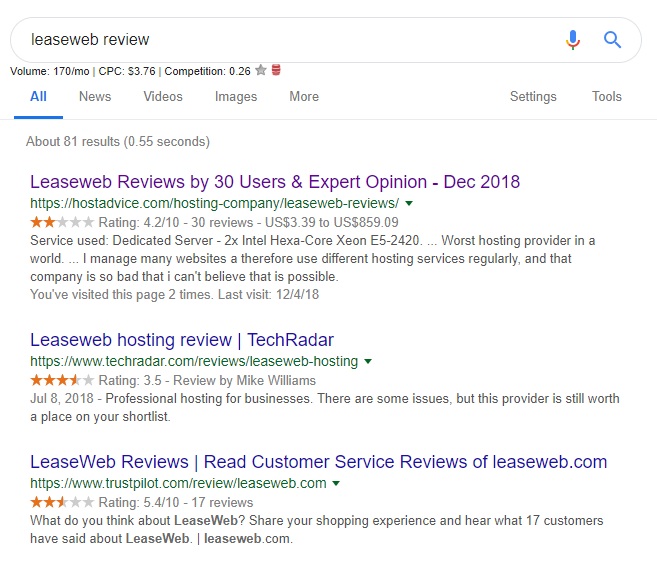 Servint said that the hosting server and environment will be a lot better than Servint because they promised to give you better new servers at LeaseWeb facility. Of course, no doubt that new servers will perform better than current Servint web servers because they are old servers.

How Servint & LeaseWeb together robbed me

The reason I’m writing this article because I’ve lost most of my website clients and visitors from Google Organic search traffic due to Servint and LeaseWeb’s lake of attention even though I had premium managed support by Servint. In the end, they even didn’t refund my money 189$ for my services which I bought from Servint portal as a premium member.

I’m really sad right now and writing this article on scammer web host i.e., LeaseWeb. They don’t give you managed support, first of all, to prevent you from asking much of questions regarding your server configurations you know. But Servint, I didn’t expect that from you guys. I was your happy premium customer from 2016 (2 years from now).

I was promised by Servint web hosting that everything will be taken care of via Servint Customer portal and they will manage everything even if my sites are completely moved to LeaseWeb web hosting. That brings to my attention about the payment (monthly billing invoice), they added:

“You will have to pay your server dues at Servint portal and by the year 2019 starts (January 01, 2019), all the invoices will be handled by LeaseWeb customer portal.”

So I paid them, on Servint portal for the month December 2018. After that, they started migrating my server to LeaseWeb and said your site will not go down not even for a minute.

And even if it does go down, this will not be down for more than 2 hours because they are migrating my IP addresses too (5 dedicated IPs) so no DNS propagation time may occur. I said okay, cool and it relieved my mind that my site will not be down because all the things are being taken care of by my managed support at Servint.

My server and IPs were shifted towards LeaseWeb web hosting but for some reasons my site was not working properly due to some Apache configurations, MySQL config (my.cnf) and EasyApache Modules which were not enabled by hosting (while they promised that everything is same as on Servint server). But nothing was same, I had to do the configurations all over again by hiring my developer.

Due to MySQL my.cnf file was not properly configured, I had to face server errors below, after digging into Linux:

My developer had to fix things like above for me. These are the things which were missing in my.cnf file (my developer described it to me).

This is just one example of the error because I was facing a bunch of errors due to the misconfigured server that LeaseWeb provided me. I tried to contact my managed support about my configurations that they provided me configs via ticket. After some time server administrator replied with config files when I asked them to install they said it is already there.

It was the second day since my site was down…

Days passed by, on DAY 3, I ordered a new dedicated server at Contabo but unfortunately, they said the server will be delivered to you in 3 days because of setup time. Fortunately, they said no setup fees will be charged. I was so happy about that, but on the other hand, my developer kept working on LeaseWeb’s server to get it ready and we both spent hours with Servint live chat support and tickets to get things working on the current server but nothing work through.

I even Fell ill Seriously

I was really depressed and my blood pressure went so much high and I fell ill. You don’t know why, but when you spend money on your server, if it still doesn’t work, your site’s visitors don’t have access to get to your site it hurts. Especially when it has been 5 whole days and nights and nothing works out.

I lost so much organic traffic from Google search engine because when your site doesn’t respond perfectly to the visitors Google algorithms can make your site ranking go down drastically. Google takes his search engine seriously, you tell me have you ever come across 404 error page from Google search? No right… That’s what happened to my site in the last 6 days, but after 6 days I got my new dedicated server at Contabo and I asked my developer to move there. After that, my site was claimed and I was happy and unhappy both at the same time. Happy because my site was live now, unhappy because I lost enough portion of my site visitors from search engines like Google.

Below, you can see the second down point in the chart is because I moved to Contabo dedicated server. You can see the my site ranking improved after moving to Contabo. See the screenshot below:

In same pricing, I got even better server than what Servint gave me on LeaseWeb.

Servint made a big mistake by selling itself to LeaseWeb, in my opinion, it is the worst decision of the year. I will not say Happy New Year to you guys since you really ruined my ranking in SERPs. Google does hate slow website and website’s which contains so many timeout errors like I had on LeaseWeb server.

You should hire someone to check for your website Apache Error Log and MySQL error log using Linux command on Putty but if you know about PUTTY, use the commands yourself and find out errors that you have on your server at LeaseWeb.

The following Linux command line can be used to find the current, real-time error log that is occurring on your MySQL server:

So, if you are using LeaseWeb right now, and you are facing issue with your server then move away as soon as possible because they don’t know sh*t about server and data center things. Contabo seems a lot better and they have live phone support and I’m a happy customer at Contabo now.

Caution: LeaseWeb Hosting support sucks! They don’t reply to you for days… (While I was writing this article, I found one of my friends got robbed by LeaseWeb approximately 84$) 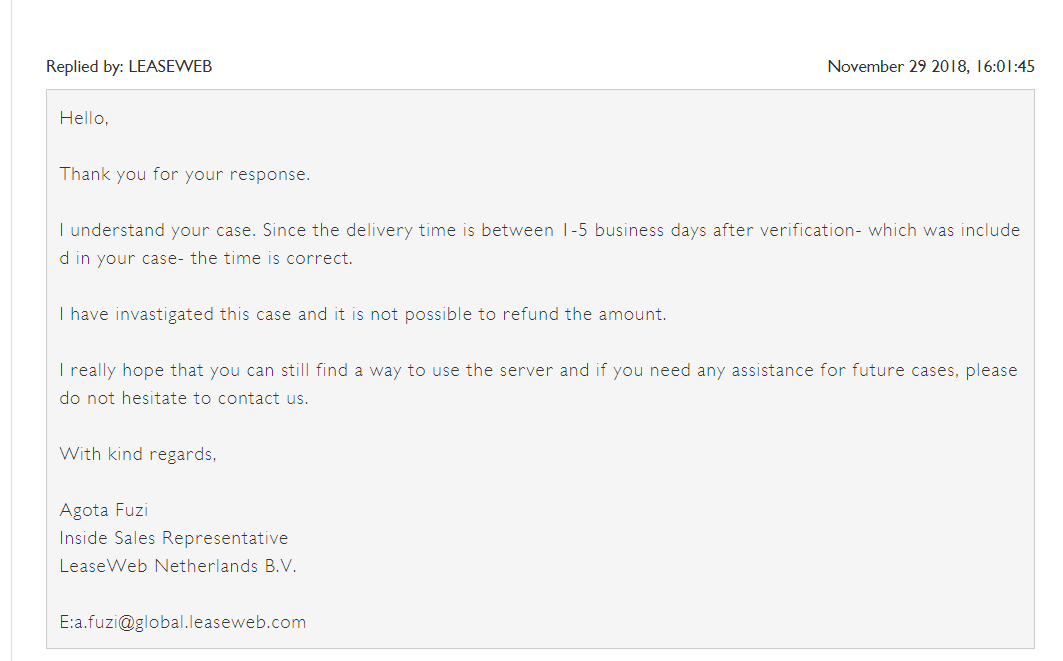 If someone dislikes your server configurations, you don’t refund them?

When I was moved to Contabo completely, I asked Servint to refund my money which I paid for December 2018. They said that we are (Billing/Sales Team) looking to refund you asap. But I never got the refund. Today, I tried to log in to my Servint Portal, looks like they are completely moved to LeaseWeb and I have no access to my tickets.

I feeling like I’ve been robbed. I lost my visitors, money, rankings, not even getting my one month refund. Pretty much like being robbed by Servint and LeaseWeb web hosting.

I don’t think that they will bother replying my ticket at all. But still, I thought to share this on my site so that other people can stay away from such bad web hosting.