GroundworkCSS 2 is a completely responsive built with HTML5, CSS and JavaScript framework, and toolkits. Say thanks to GroundWork because it made easy to develop web apps quickly that work virtually on any, computer, mobile devices responsively. I must say that Groundwork CSS 2 can really be helpful for web developers out there who are looking to use built-in frameworks on their sites, web apps and so on. I would especially thank Gary Hepting who is the leading developer of GroundWorkCSS 2. 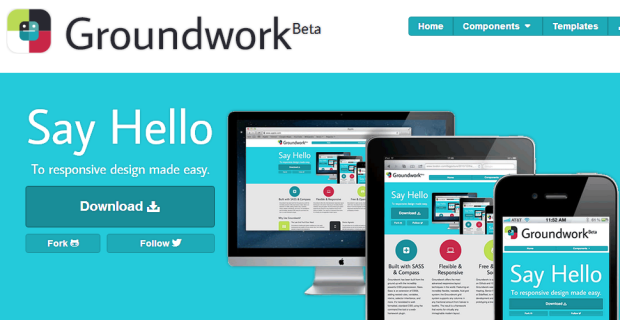 The GroundWork is built with Sass which is the power extension for CSS and provides functions, variables, the use of mixins and it speeds up development and even makes the code well organized and clean.

It provides the most powerful + advanced techniques around the world. It features an incredibly flexible, responsive, fluid grid system. The grid system by Groundwork supports columns in any fractional amount from halves to twelfths.

GroundWork is an Open Source Script

It’s an open-source script which presently hosted on Github and 100% free. The Groundwork was created by Gary Hepting, who is the Senior Front-End Engineer at SideReel, to make responsive development.

Because GroundWork uses the responsive grid system that you ever need. It enables you the rapid development and scales to fit any screen size, from handheld mobile devices to large-format televisions screens.

Fort the GroundWork Script for free on GitHub