Twitter is one of the biggest micro-blogging website across the world-wide web, through which people can communicate with each other by tweeting (Def: The chirp of a small or young bird) can also be said that the process of writing message and publishing (either privately or publicly) that message for a specific person or for a group of people.

Twitter allows you to communicate with your friends and family members either privately or publicly by doing micro-blogging at NO COST. Well, let me tell you that Twitter gives you a pretty good chance to allow your followers to follow you on Twitter publicly. So that your followers will be able to get in touch with your every tweet on your Twitter profile whenever you tweet.

It’s what I call it a tricky way to increase Twitter followers but don’t worry you will surely get followers on daily basis by your website potential. 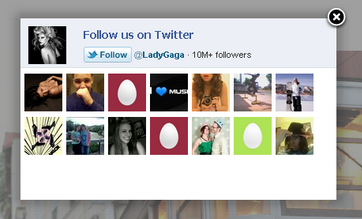