It’s consider that flushing the rewrite rules is an expensive operation. Out there are many tutorials that suggest executing it on the ‘init’ hook. However, this is bad idea. Rather than implement hard coding, you should flush rewrite rules on the activation hook of a plugin, or when you know that the rewrite rules need to be changed.

Rewrite Flush Button is a WordPress plugin that adds a button in your WordPress Admin area. This plugin allows WordPress blog admins to manually perform flush rewrite rules action once, whenever there is a problem.

What we gonna do now, is simply download and install Rewrite Flush Button plugin in your WordPress blog. Then go to Settings > Permalinks: 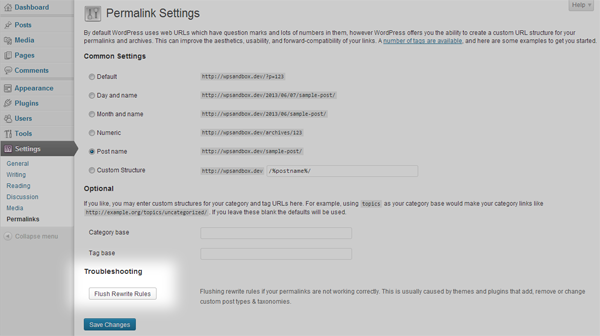