You use Google’s Search, Gmail, Calendar, Maps, Blogger and every product by the company, right? But do you know enough about the company? I don’t mean to say that you must know about parent company of products you use, it’s just that you should know.

In that spirit of curiosity, I’m here to provide you with 25 amazing facts about Google you never knew (except for a few maybe). 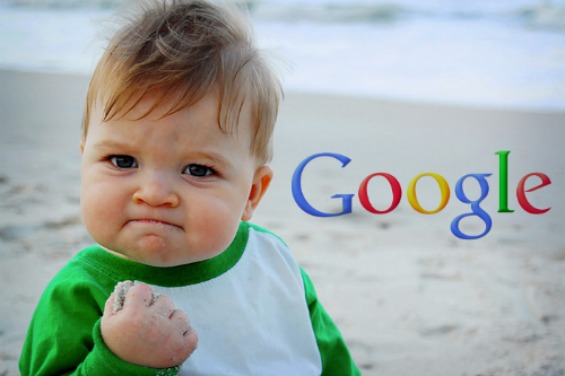 Then in 2002 Larry and Sergey asked current webmaster Dennis Hwang, then an intern, to design a doodle dedicated to Bastille Day. Results? Well users loved it! Since then Dennis was appointed as Chief Doodler. Over 2000+ doodles have seen light of the day after that.

This is a non-technical aspect of innovation at Google. In it’s efforts to spread awareness about the earth’s environment through their initiative called Google Green. This flock of goats constitute of 200, spending one week at Google. Apparently a company called California Grazing gets the contract for goats. I’m sorry for people who used to have this job previously. And may be there’s no word out there about their feelings.

Since 2010, Google has been acquiring more than one company every week, on average.

Back when Excite (now Ask) was a major player in search engines market, Google was merely that little kid in the corner. Founders of the company Larry Page and Sergey Brin had been devoting most of their time on working on ranking technology called PageRank. Apparently they thought Back Rub (their project’s name) was consuming their time and their studies should be prioritized. So they went ahead to Excite’s then-CEO George Bell and offered him to sell their technology for reportedly $1 Million. Unfortunately for Excite, founder declined the offer. Imagine what Excite would have been had they grabbed the technology.

Around time when Google was released, people reportedly used wait for a few seconds to let the homepage load. Thing was homepage didn’t take long to load, it was just that pre-conceived notion in users’ mind that a bunch advertisements (then a fashion) must load. But there were no ads :/. Another reason Google’s initial homepage design was maybe the simplest was because founders Larry Page and Sergey Brin were not well-versed in HTML, reports Wikipedia. 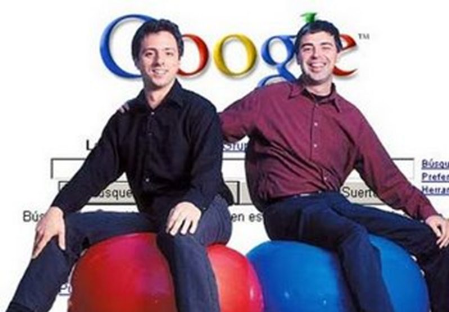 That little-used “I’m Feeling Lucky” button located underneath search box costs Google $110 Million a year! What that button does is that it redirects you to first entry of query’s results, thereby bypassing all 9 results and also the ads displayed alongside them. Apparently Brin has been quoted as saying that 1% of all searches happen through “I’m Feeling Lucky” button and that costs the company around $110 Million of annual revenue.

At it’s headquarters (known as Googleplex) at Mountain View, California, Google has it’s own pet T-Rex skeleton. This probably conveys the message that “competitors beware of T-Rex’s rage?” (just a joke!). This T-Rex is nicknamed as “Stan”.

#8 Google is Fast, Because It Doesn’t Follow “Best Practices”

Google is probably the fastest website in the world. It loads within milliseconds and thus offers the best user experience. How? Don’t be surprised if I tell you that they don’t follow best official practices of RFCs specification. You need a little knowledge about TCP/IP to understand this. RFC advises that TCP sender window size must be 1 when TCP connection initiates, then it can grow exponentially. So nearly every website we visit follow this specification, except Google. They do the opposite. It sends all data packets at once.

#9 If an Employee Dies, Google Pays 50% of Salary to Relatives

Google has been well-known for taking extra care of it’s employees. From offering free food to laundry services and what not, company has for staff! Part of taking care of employees involves a policy that says if a Google employee dies, then half of his/her salary will go to the deceased’s partner or spouse. Company says that this is the right thing to do.

From not so critical projects like Doodles to most impactful projects like Google Green, company is there. Then there is Google as a wedding planner. No, April is not yet here. Best part? It’s labeled under “Free”, the word every other prospective bride years to hear. The Wedding Planner offers tools, organized documents and facilities to make your day, your favorite yet. 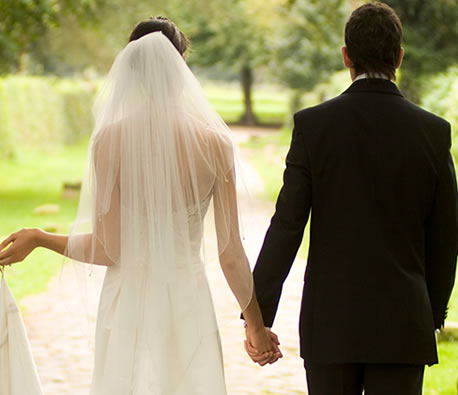 #11 Lets Employees Spend 20% on Their Interests

Company’s products like News, Gmail, Orkut and Adsense were not initially thought of. Their genesis’ credit goes to a motivation technique known as Innovation Time Off. According to Innovation Time Off, Google employees are encouraged to spend 20% of their working time on projects that interest them.

Google started as a science project named against Back Rub by founders. As time progressed, they renamed the project as a misspelling of “googol”, which is a mathematical term meaning “one followed by one hundred zeros”, signifying company’s mission of providing large quantities of information.

Though unofficial but reverberating slogan of the company is “don’t be evil”. Founders believe that corporates don’t have to be conventional or evil (as they’re typically thought to be). Although the slogan has no place in company’s official philosophy, it was included in the prospectus of Google’s 2004 IPO. It quoted, “Don’t be evil. We believe strongly that in the long term, we will be better served — as shareholders and in all other ways — by a company that does good things for the world even if we forgo some short term gains.”

A good deal of money is being made by search engine optimizers by gaming the system. Right after the search engine in question took firm base, people showed up to exploit it’s weaknesses and (unintentionally) make it strong. Since those days, Google has been improving it’s search engine. It has been said that results site displays are result of 200+ questions asked by Google like how old is website, how many links it has, what pages link to it, etc.

The brand we’re talking about is huge. As it took it’s place, people started registering domain names closely related to company’s name. Founders incorporated and registered the trademark in 1998, after that people like Sergey Gridasove started registering slight mispellings of Google as domain names. This was clear infringement of company’s rights. So they took action. And now they own domain names including elgooge.im, gooogle.com, goolge.com, 466453.com etc.

#16 Only Site to Discourage Time Spent on Their Site

Apparently Google is the only site to discourage users’ time spent on their site. In that spirit it displays results in milliseconds. It is also probably the fastest site on the Web. Not many sites are there with that goal.

When they introduced “Did you mean X?” feature. If you’re anything like me and often make misspellings, then you must have come across Google’s Did you mean X feature. What this basically does is: when you misspell a word or two while writing search query, it will ask you if you did mean the correct version of word.

Knowledge Graph is the ultimate answer to queries like da vinci, michael jackson, bob marley, etc. When you search, of course you’re not merely looking for 10 blue links. You are looking for answers, looking to explore and looking for information, agree? That’s where Knowledge Graph comes. It basically answers. Try search “da vinci” and on right hand side, you will find a box giving answers.

Innovative, geeky and often supporting little things is how I define Google. Unlike it’s competitors, company gives importance even to tiny things like backward spelling of domain name. Which is why we have backward spelling elgoog.im. Best part? It just doesn’t redirect to typical Google homepage, but goes an extra mile with backward typing ability.

#20 One of Largest Producer of Servers

Apparently Google is the second largest producer of worldwide computer servers. But it sells none of them. Because all these hardware is used to store Google’s massive data, which is in several petabytes everyday. Everything Google knows about us, millions of queries and what not is all stored in these servers. Though the company is quite secretive about it’s hardware work, which company considers to be an advantage. 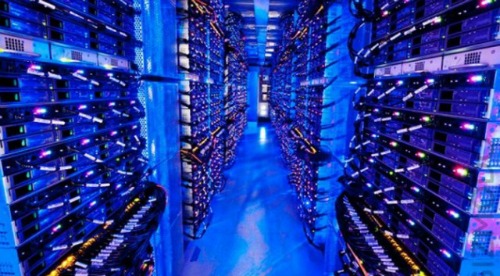 #21 Billions of Searches Each Second

As per Forbes, 2 million Google searches take place per second. Which is a lot. Not many people know this astonishing fact. Quite surprising provided it’s about seconds, not even minute.

In 2013 alone, Google’s 91% of revenue came from advertising programs like AdSense and Adwords. 91%, in context, means $55.5 billion! It’s suffice to say that Google is probably the best way to market one’s business online.

#23 Continuously rated as “Best company to work for”

For it’s enormous value to corporate culture, Google is rewarded with title “Best company to work for” multiple times in 2007, 2008, 2012 and then again in 2014. In 2010, it was also nominated to be world’s most attractive employer to graduating students.

This fact is probably the most horrifying, considering the # of top-notch software engineers and web designers that they employ. For the uninitiated, Markup Validation is a test by official W3C and it analyses a website against best HTML, CSS and XML practices. Check the test by yourself.

Salaries of Larry Page, Sergey Brin and CEO Eric Schmidt were cut to $1, according to 2004 IPO. Subsequent offers to increase their salaries by the company were declined as compensation of their salaries come from owning big Google stock. Before 2004 IPO, Larry and Brin each received annual salary of $150,000, whereas Eric made $250,000. 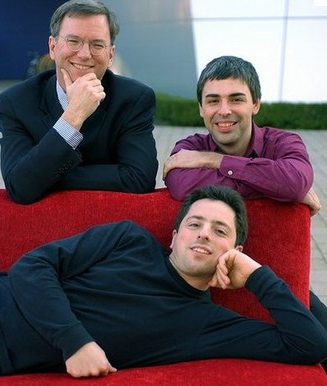 I’m a huge fan of Google. It’s probably the most innovative company in the world. I use it’s Gmail, AdSense, Search, Chrome, Calendar and what not! It manages a lot of products, each with usefulness to users.

So this is the end, what do you think about Google? What’s you favorite Google product?