Media Players are only the way to play multimedia documents in a computer like audio/video songs and in this article I’m just going to show you about the most popular free media players to download and to use in your PC. I’ve found the following list of 15+ free best PC media players that’s why I write this article.

Let’s start discussing about them. 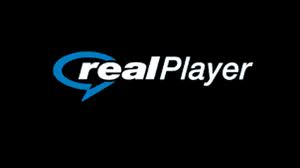 Top 5 Media Player are listed below with details

VLC media player is the one and portable multimedia player for several audio/video formats as well as VCDs, DVDs, and with many streaming protocols without external codec or program.

Media player classic is a simple yet completely featured to play videos/audios.  Shortly after the developer of this original project stopped working on it, another group of developers started coding a new player with extended functionality…

What can Media Player Classic play?

It is said that the Windows Media Player is maybe the all in one media player which aims to provide the best user experience for playing, discovering and taking your digital environment anywhere on Windows XP-based computers and the widest choice of portable devices.

RealPlayer is used for playing the recorded media from the computer, MicroSD cards, etc. It is compatible with numerous file formats within the multimedia realm, this includes MP3, MPEG-4, QuickTime, Windows Media, and multiple versions. RealPlayer is also available for other operating systems (OS) like Linux, Palm OS, Unix, Windows Mobile and Symbian versions have been released.