Following are the 2 methods to install Jaxx Classic: Your Blockchain Interface & Wallet in PC:

So cryptocurrency right? I mean wow! You’ll be rich without having money. But this article is not about cryptocurrencies or how you might become rich with cryptos. Instead, the article is about a wallet used to store this type of currency.

Introducing Jaxx multi-currency wallet. A place to store all your crypt currencies. It supports more than 65 different currencies (cryptocurrencies obviously). It also supports tokens like ERC20. Before this, you would have to store one type of currency in one wallet. Having 65 wallets for all your currencies. Ridiculous!

Irrespective of the fact that you’re either trading or dealing, this wallet is perfect for you. Some of the currencies supported are Bitcoins, Bitcoin cash, Dash, Civic, Gnosis, Dawn, Ethereum, etc. Fun fact: The inventor of Ethereum is the same person who invented the jaxx wallet.

One of the features of Jaxx wallet is a simple interface and an intuitive UI. It's not invented for tech-savvy people only but is really simple to use. People can understand it simply by looking at it. This wallet app is the first app which introduces a feature called exchange. Users can convert one coin into another. This is also called shapeshift. Jaxx wallet is one of the first multi-currency wallets to have introduced this feature.

You have the option to select the confirmation speed of the exchange of Bitcoins. Jaxx Blockchain Wallet offers three options. Fast: this is pricey. Average: normal fee. Slow: cheap fee.  The slower one can take days for a transaction to get mine. Therefore, Jaxx wallet recommends using the other two options. The wallet also supports a QR scanner. But let’s face it, everything now has a QR scanner built into it.

Using Jaxx, users can effectively import private keys. This feature is a must-have in every software-based wallet. You can also export very effectively. This means you can export your private keys or see your seed again when needed.  Jaxx wallet can be used on a mobile phone (this is how it started) and several other platforms like Android, IOS, OS X, Chrome, Windows or Linux.

Now let me tell you a story. Once a Jaxx user lost around $400,000 in Ethereum and Zcash due to a technical error. Mind you, Jaxx wallet is a hot wallet this means that it is always connected to the internet. It is not recommended to keep too much currency in one place. However, despite several warning, some people do that and then suffer. 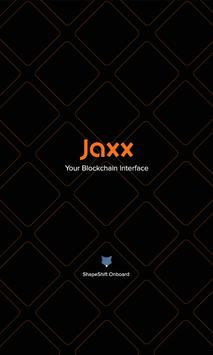 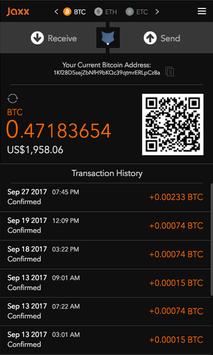 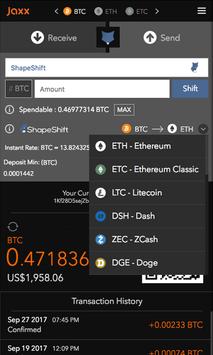 Hint: You can also Download Jaxx Classic: Your Blockchain Interface & Wallet APK file and install it on Bluestacks Android emulator if you want to.

You can download Jaxx Classic: Your Blockchain Interface & Wallet APK downloadable file in your PC to install it on your PC Android emulator later.